Joseph Quinn Bretz (Joe Quinn Bretz/Joe Bretz) born September 24th, 1974 is an American actor, model, music/film/television producer and high tech entrepreneur. He began his acting and modeling career in the Midwest. At the age of 20 he moved to Los Angeles to extend his acting and modeling career and later he moved to San Francisco to pursue his career in high tech start-ups.

Joe is notable for producing the first ‘direct to hard disk’ digital production of a major music television awards program, The California Music Awards. His film production career has included numerous TV and feature film productions, such as the Rob Schneider comedy, The Chosen One.  He has worked on a variety of entertainment and music endeavors with ‘A’ list athletes, celebrities and musicians.

His previous posts have included being the President and Director of a Public Markets Company in the Tech/Media/Entertainment sector.  He has also managed and operated a diversified private fund portfolio, consisting of high-tech start-ups and real estate/nightclub operations.

Currently, Joe is working on a new TV series and immersive entertainment technology. 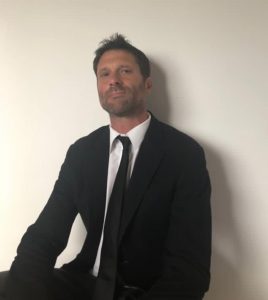